Photo of the Week! Entry 22 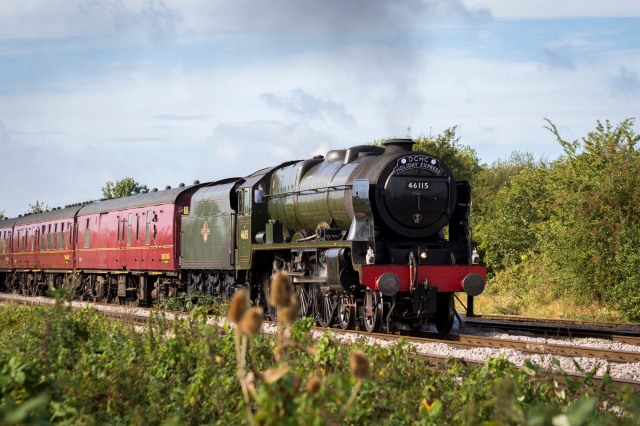 On a rail tour of the UK, Scots Guardsman passes through

I’m very lucky to live near a mainline where locomotives on rail tours regularly pass by, so it’s quite easy for me to standby and capture them as they go through.

Here Scots Guardsman comes through in early morning in winter, the light was still quite golden giving a lovely warm feel to the image, although very little engine exhaust or steam, which would have looked more dramatic. Because there was plentiful light, the main challenge was not stopping movement, but maintaining focus despite there being objects in the way (like the teazle in the forground). I used AI Servo, which very successfully maintained focus on the front of the firebox even as other things briefly passed between me and the engine. To make the engine the main focus of the image I used f8 – a large enough depth of field to keep the whole engine in focus, but shallow enough to blur the fore, and background.

The old photojournalist adage came to mind, advice given to new photographers trying to capture news events – “use f8, and be there”!